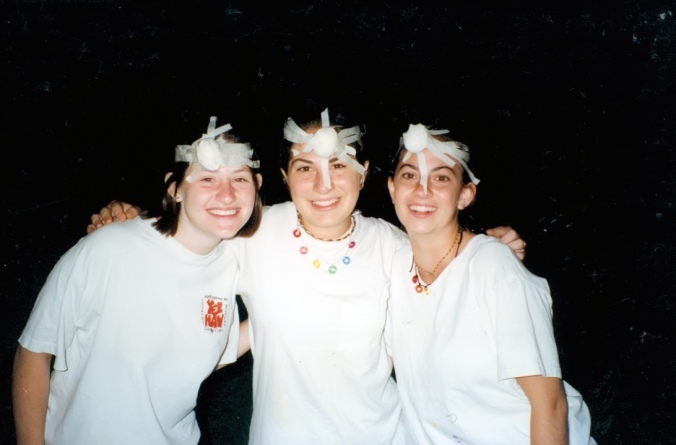 Jare Akchin, left, wearing an egg strapped to her head because camp.

Jare Akchin and Daniel Kaufman are thankful for the years they spent at Camp Newman in California, even as the camp lays in ruins after being devastated in the California wildfires of the past few months.

Fortunately, the specialness of camp resides more in an emotional space than physical, and Camp Newman is already preparing to host camp at a different location next summer while the original campgrounds are rebuilt.

Join us as we share stories of first kisses gone awry, the glory of It’s-its, and Micah tells an embarrassing tale of an unrequited display of affection.

Ep. #84: Like The Time We Lost Color War Because I Was Hopped Up On No Doz

Ep. #82: Like The Time My Campers’ Prank Got Featured In A National Publication

Ep. #81: Like The Time I Went To Camp Where They Filmed Wet Hot American Summer

Ep. #80: Like The Time We Sang My Song In Front Of The Entire Camp